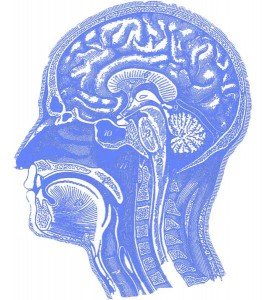 The recent University of Rochester discovery and identification of the glymphatic system is international news. Through imaging, the researchers identified pathways that the brain uses to cleanse and detoxify itself, even of amyloid beta, which is associated with Alzheimer’s disease. They coined the name “glymphatic” from glial cells in the brain and the lymphatic system in the body which removes toxins from us. This is important research, and scientists are already discussing how this can be used for brain health and the prevention of dementia and other neurodegenerative disorders.

What this research does, though, is describe a process that many complementary and alternative practitioners were already utilizing, from acupuncturists to homeopaths to osteopaths. As a naturopath, we pride ourselves on the specialization of detoxification and the treatment of many environmentally induced disorders. There are many ways the brain can be stimulated to open up the channels of elimination or pathways to detoxification of the body.

William Garner Sutherland described “osteopathy in the cranial field” in the early 20th century. He identified and was able to palpate the circulation of cerebrospinal fluid in the brain and nervous system. It was a gentle technique that focused on subtle realignment of the cranium and detoxification of the brain.

Today, many practitioners practice craniosacral therapy, which works on the same principles of the early osteopathy in the cranial field.

Homeopathy has a field called homeotoxicology, or homeopathic drainage therapy, which focuses on detoxification of the body or organ systems of the body, including the brain. This is a popular European biological medicine therapy that is very safe and can be used on children and adults alike.

Acupuncture has many acupoints that run along meridians or channels across the head and other parts of the body that are indicated and used for brain function, including cognitive function, memory, focus, and concentration, not to mention mental and emotional disorders. These points are stimulated to increase blood flow, nervous energy flow, and lymphatic fluid movement. It can now be described as moving the glymphatic system as well.

Modern research continues to confirm traditional medical therapies, including the use of homeopathy, botanical medicine and manipulative therapies, as well as entire medical systems. These systems include Classical Chinese medicine and Ayurveda, which is the most famous traditional medical system that focuses on detoxification and biopurification of the body and its organ systems, including the brain.

Les Moore is a doctor of naturopathy, holds a master’s of science degree in Oriental medicine and is a licensed acupuncturist. He is director of Integrative Medicine at Clifton Springs Hospital, Ontario County.