Dr. Les Moore is a pioneer and leader of integrative medicine, having served as the Director of Integrative Medicine at Clifton Springs Hospital and Clinic in Clifton Springs, New York for twelve years, employed at Sands Cancer Center, FF Thompson Hospital, and the clinical director of Finger Lakes Center for Natural Health in Ithaca, New York. He currently serves as the director of the Center for Special Medicine in Pittsford, New York, where he focuses on multiple chronic disease and pain syndrome, autoimmune disorders, digestive disorders, sinusitis, allergies, environmental illness, chronic fatigue, burnout syndrome, and other difficult and recalcitrant diseases.

Dr. Moore is an expert in European Functional Medicine (Biological Medicine) and has spent five years in Germany. He is an expert in European Botanical Medicine and Biotherapeutic Drainage, and uses Gemmotherapy (medicine from the buds and shoots of trees and shrubs), Spagyric Medicine, and Oligotherapy extensively. He is fully trained in French Auriculotherapy and Auricular Medicine and utilizes the Nogier Frequencies in Electroacupuncture and Photobiomodulation, including Chromotherapy and Laser Therapy. He was a distributor of the German Functional Medicine books published by Haug with Friedhelm Kirchfeld.

Dr. Moore is also a Registered Advanced Ayurvedic Practitioner of the Association of Ayurvedic Practitioners of North America and has earned a Master of Marma Adi from Garuda Chuanfa Cimande and an Advanced Diploma of Ayurvedic Acupuncture from the Australian College of Ayurvedic Medicine. He conducts Ayurvedic consultations and classical and modern pancha karma. He is the leading practitioner of marmapuncture in the United States, the system of acupuncture from Ayurvedic medicine, and is the senior student of Dr. Frank Ros MD (Ayu) in North America, the leading expert of marmapuncture in the world.

Dr. Moore is a multiple generation herbalist, having studied with his father in the Southern Appalachian tradition and the Saponi tradition. He is a Registered Herbalist with the American Herbalist Guild and has written a leading textbook on Classical Formulas in the Western Herbal Tradition. He has been the principle instructor of the Botanical Medicine Institute for fourteen years. He is also the co-author of the book Clinical Indications for the Use of CBD.

A large portion of Dr. Moore’s practice is with naturopathic manual therapy, where he is an expert in naprapathy and constitutional hydrotherapy. Naprapathic manual therapy deals with the treatment and rehabilitation of pain and dysfunction in the neuromusculoskeletal system, with a focus on connective tissue disorders, tendons, ligaments, and fascia. He is also fully trained in both Bowen Fascial Therapy and Ortho-Bionomy positional release technique. He developed Moore Neurolymphatic Therapy, a naprapathic technique that works with the nervous system, musculoskeletal system, and the lymphatic system for pain syndromes and detoxification. He was a contributing author to the textbook Naturopathic Physical Medicine and is the author of the textbook Medical Hydrology: the Healing Power of Water.

Dr. Moore is also a leading expert in Environmental Medicine and detoxification, using naturopathic detoxification methods, German biological (functional) medicine (he has spent five years in Germany), constitutional hydrotherapy, homeotoxicology, and Ayurvedic biopurification. He is a professional medical hydrologist, having lectured internationally on Medical Hydrology and served as NYS balneologist for Saratoga Springs, Clifton Springs, and other mineral springs in New York. He served as the chair and a co-founder of the New York Spa Promotion Alliance with former Lieutenant Governor Mary Anne Krupsak. He is an former advisory committee member to the North American Balneology Association. Dr. Moore received a Bachelor of Science in Natural Resources Management in the Department of Geosciences from Western Carolina University and serves on the National Park System Advisory Board. Dr. Moore also provides consultation on Environmental Management and Natural Resources and Conservation Management and is a Registered Environmental Professional.

Dr. Moore is also trained in pastoral and spiritual care and counseling, having earned a Graduate Certificate in Pastoral and Spiritual Care and Counseling and a Master of Art in Applied Theology from Marylhurst University in Marylhurst, Oregon, and a Doctor of Ministry in Applied Theology from Wagner University focusing on pastoral care and counseling. He is the author of the books Operational Ministry: the Structure and Operations of the Church and Functional Roles of Church Officers and Healing in the Christian Spiritual Tradition and the author of a chapter in the textbook The Behavioral Sciences in Health Care. Dr. Moore serves as the senior pastor of Wellspring Church in Clifton Springs, New York and as an overseer of Grace Chapel International.

His public service includes serving on the National Park System Advisory Board, appointed by the Secretary of the Interior, and serves as an advisor to the Secretary of the Interior and the National Park Service Director. He is the Co-Chair of Workforce Planning for the National Park Service, Chair of the Committee on Health, Wellness, and Safety, and Chair of the Tourism Committee and Tourism Workgroup for the National Park Service and has served under two presidents and three secretaries. His public service has also included serving on the Board of Professional Medical Conduct, Office of Professional Medical Conduct, New York Department of Health, for ten years under four governors. He is also a Fellow of the Federation of State Medical Boards. He served as the Director of Complementary and Alternative Medicine Special Projects, Office of Regulatory Reform, New York Department of Health. He was a founding member of the White House Health, Tourism, and Recreation Task Force on Obesity. Dr. Moore served in the US Army as an airborne infantry soldier, sergeant, and officer in various assignments in motorized, mechanized, and light infantry units, including with 1st Recondo, 9th Infantry Division (Motorized); 1st Battalion, 36th Infantry Regiment, 3rd Armored Division; and 187th Rakkasan Regiment, 101st Airborne Division.

Dr. Moore has published seven books, four chapters in major medical textbooks, and hundreds of medical articles. He set up the first Chinese medicine pharmacy at the National College of Natural Medicine and served for twelve years as the clinical advisor to Classical Formulas in Clifton Springs Hospital and Clinic, which was the most comprehensive natural pharmacy in a hospital in the world. 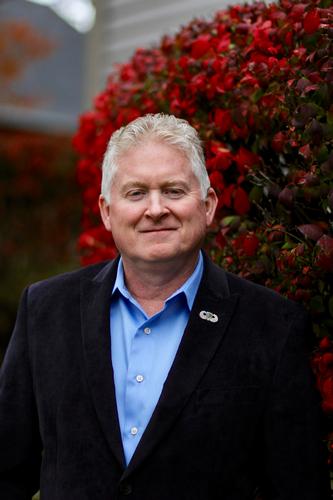