Most people think of judo as an Olympic sport or a combat sport for self-defense. Less known is something called judo therapy, which has been growing in popularity in Japan.

Judo therapy specializes in the manual treatment of musculoskeletal diseases, and practitioners in Japan are required to be licensed through its national Ministry of Health, Labour and Welfare. It is used mainly for recovery, restoration and strength and conditioning.

The therapy is based on a traditional restoration system later updated by Japanese doctors. It’s actually based on an ancient tradition in Japan.

Traditionally, judo and jujitsu masters were required to train as healers. The idea was, as judo or jujitsu instructors aged, their focus would begin to turn toward treating patients with multiple problems and injuries related to the practice of martial arts.

So the focus of judo therapy is on body-work techniques, dealing particularly with injuries and musculoskeletal issues.

A study in the journal Environmental Health and Preventive Medicine showed improved recovery in elderly patients with musculoskeletal disease when treated by both judo therapists and physicians. It’s quite rare in this country, though it has spread to some other countries outside Japan.

How to combat toxins in household dust
Offshoot ideas have come out of judo therapy, as well, including kinesio taping, which got attention when Olympic sprinters and volleyball players began using it. The idea is to support tendons and muscles by placing the tape strategically on the skin, though no scientific studies prove that it works. Those athletes feel it does, of course, which has led some to theorize that something even simpler is at work: the placebo effect.

So too with the restorative movement therapy system developed by Moshe Feldenkrais from his study and practice of judo. There’s no scientific evidence it works, but there are advocates of the Feldenkrais method, including athletes and a small number of practitioners. 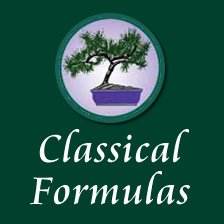